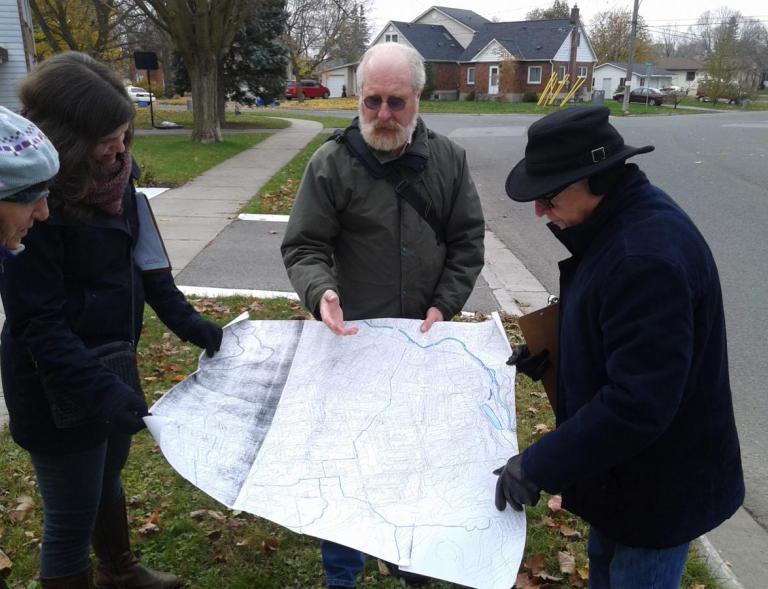 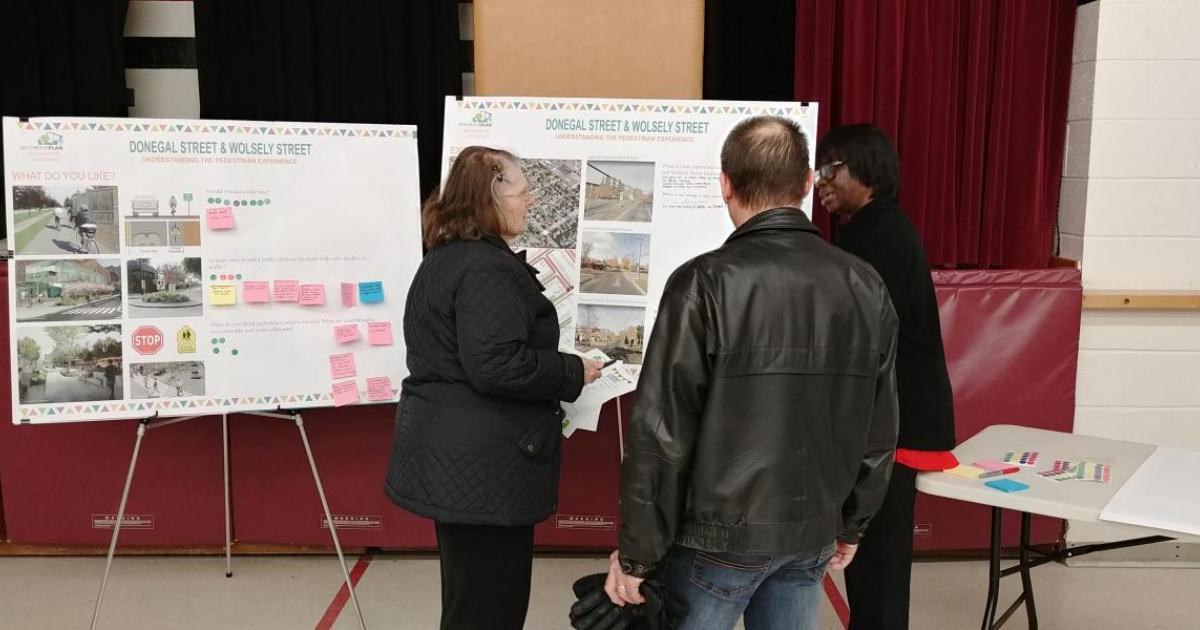 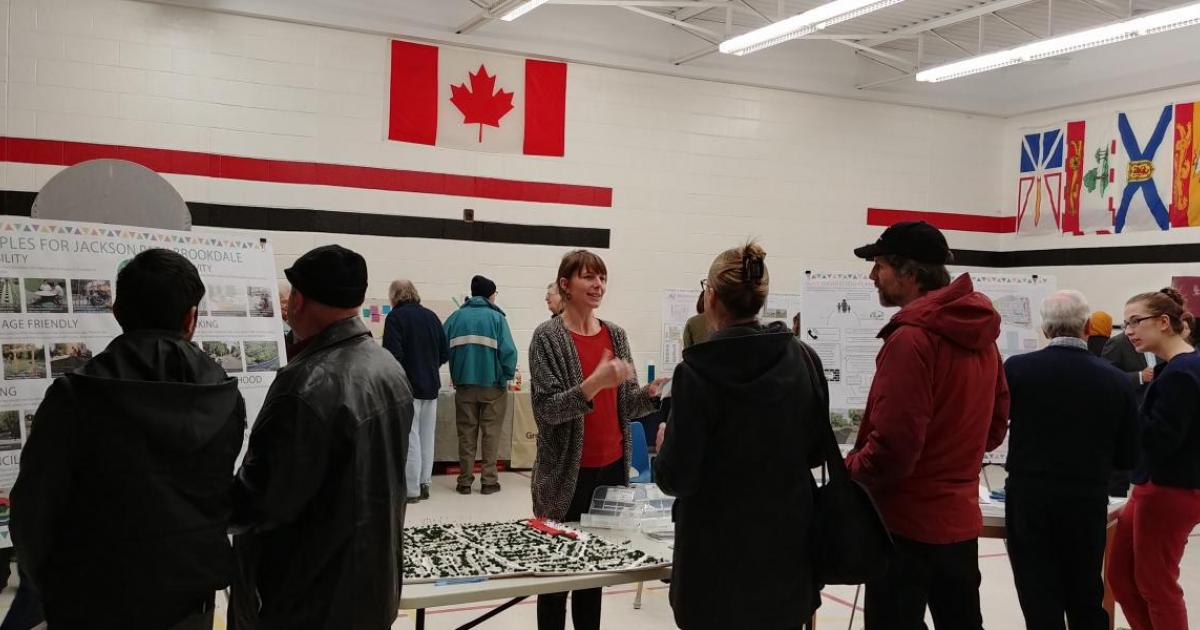 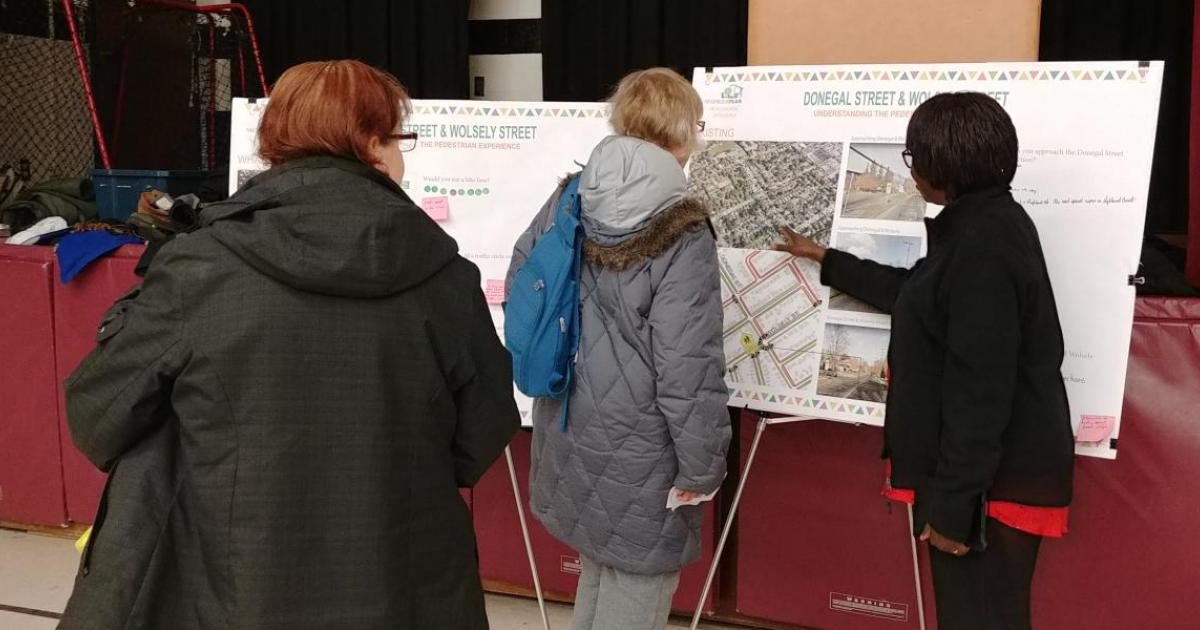 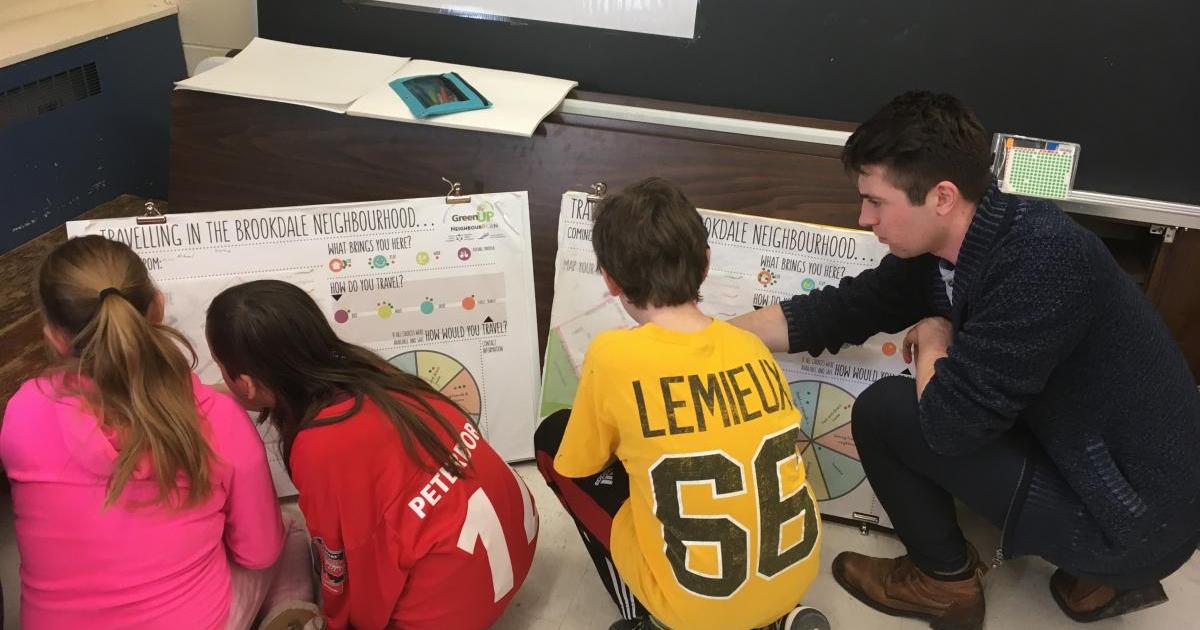 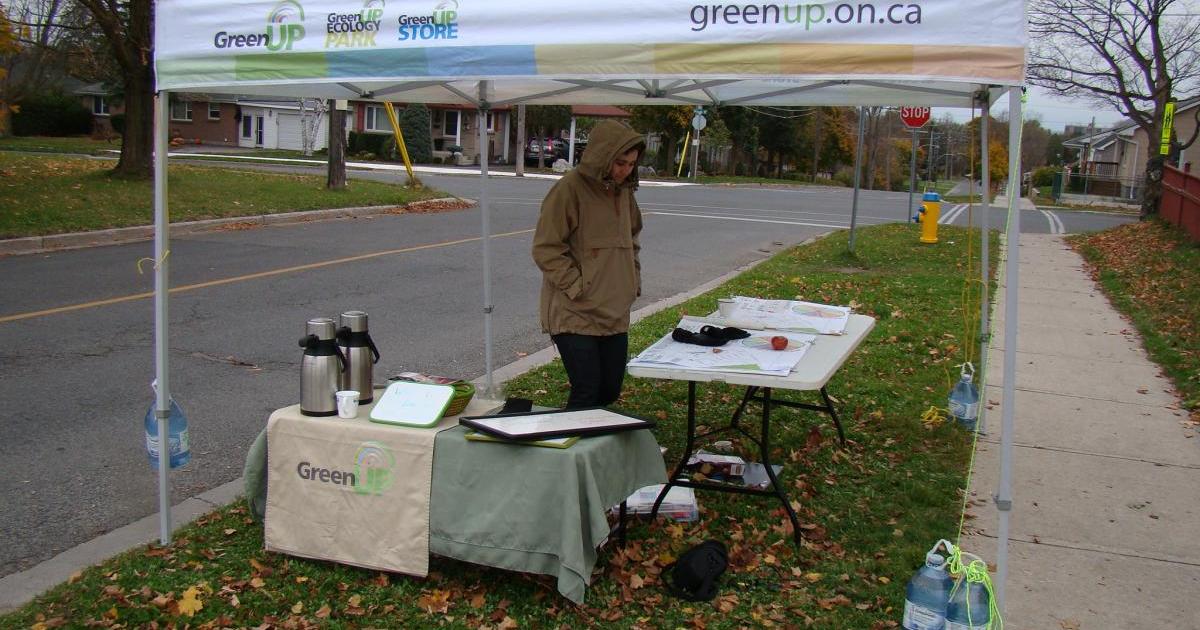 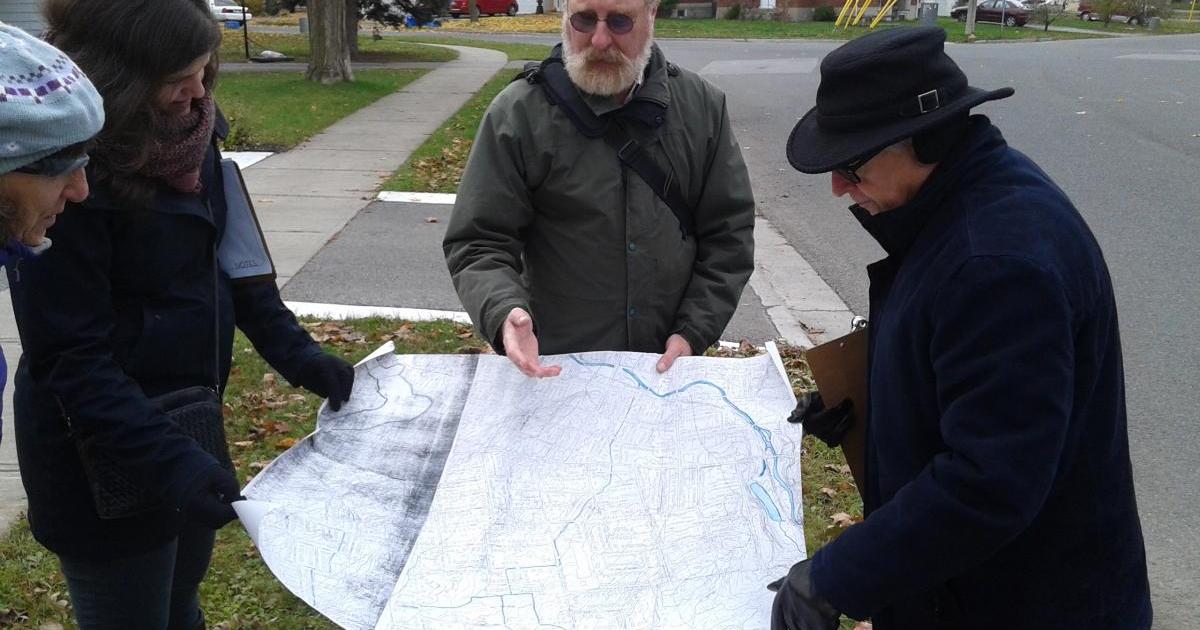 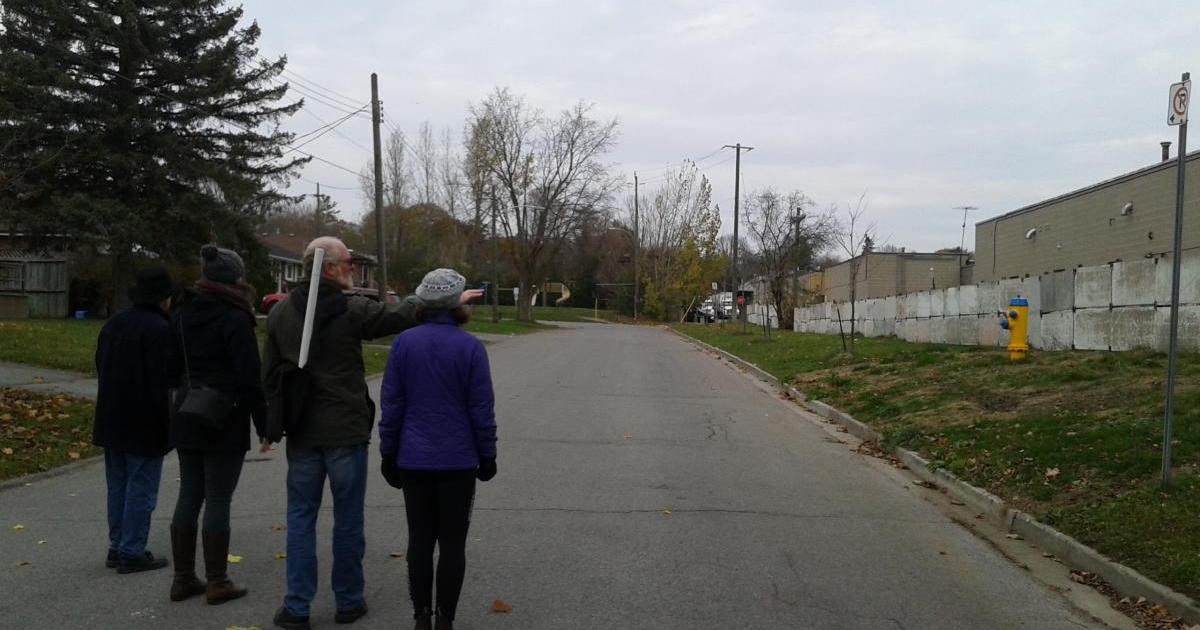 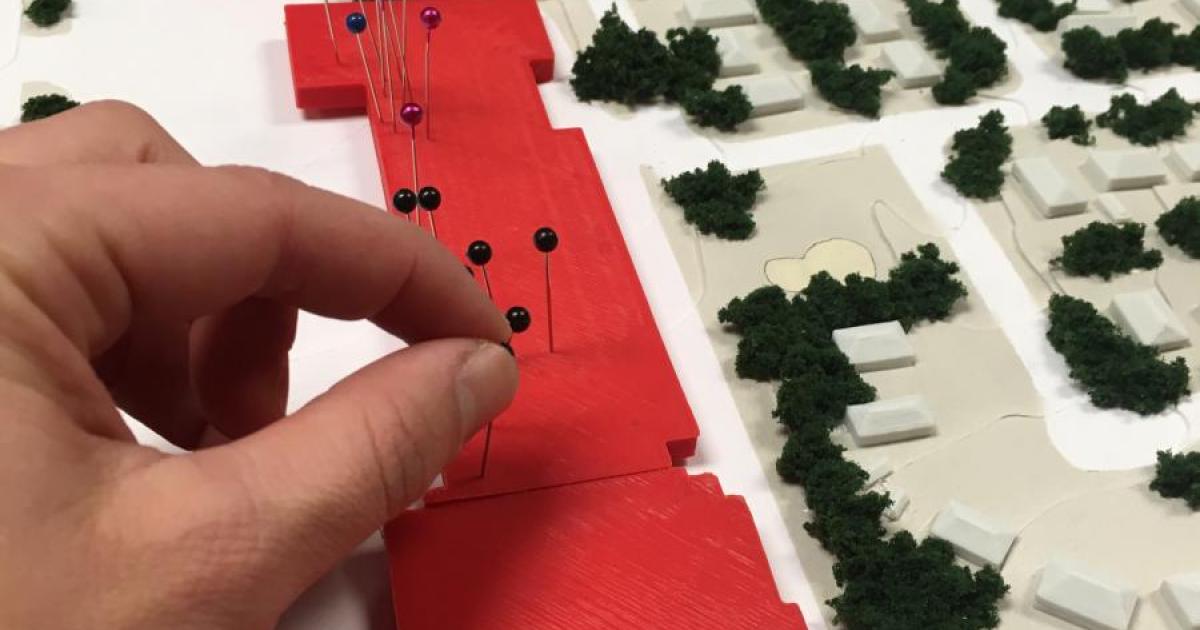 Through a program known locally as NeighbourPLAN, GreenUP and the ANC team are working collaboratively with three Peterborough neighbourhoods between 2017-2020. Welcome to our first neighbourhood, Jackson Park-Brookdale!

When we first started working in Jackson Park-Brookdale, residents told us that they didn’t really know their neighbours. A lack of public gathering space, combined with unsafe roads and traffic, resulted in a neighbourhood where it was challenging for people to meet, gather, and work together towards a common vision. Early on the Jackson Park-Brookdale neighbourhood, we worked to build community connections through pop-ups on the street, mapping activities in local restaurants, neighbourhood walks, and door-to-door invitations. Through this, a group of committed residents has been mobilized as project champions. This resident group has helped us engage over 300 of their neighbours in participatory planning activities. We’ve also had excellent success engaging children and youth, thanks to a fruitful partnership with the local public school, Highland Heights.

At one of our first resident meetings, a resident jokingly referred to his neighbourhood as the “car sewer”. While people have expressed that they love the unique character of the community, created by its residents, its rich history, and its proximity to Jackson Park (Peterborough’s largest public green space), residents have also expressed some real concerns with traffic and safety, reflected in this resident’s joking quip. Bounded by arterial roads to the East, West, and South, and with a high capacity collector dissecting the neighbourhood, these concerns are valid. The presence of these high traffic roads is combined with a lack of dedicated bike infrastructure in the neighbourhood, inaccessible transit stops, and missing and damaged sidewalks, resulting in unsafe access to diverse travel options. For example, although Jackson Park runs along the full Western boundary of the neighbourhood, residents have to travel out of the neighbourhood to access safe pedestrian and cycling crossings to the park. These traffic concerns have helped residents to mobilize, and begin to vision a future for their neighbourhood that celebrates safe access for all!

We've completed our Portrait and Vision documents for the Jackson Park-Brookdale neighbourhood! Both are available for download in the resources section of this page. Currently, our partner GreenUP is working with local artists and the owners of the Brookdale Plaza to implement one of the citizen actions identified in the vision: painting a community mural on the back of the Brookdale Plaza. This is a first step in enhancing the pedestrian connections between the neighbourhood and the plaza, and enlivening Dominion Park, which is directly behind the plaza.