Healthy Places in the Making

Adapting cities for health since 3000BC! 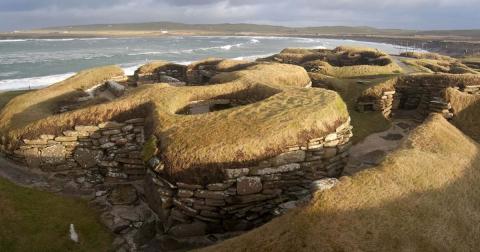 The growth of cities in Europe during this period leads to sanitation challenges, polluted streets and disease outbreaks.

The Lungs of the City

The rise of Canadian cities

1880s: Provincial Boards of Health are created in Ontario and Quebec. Le journal d'hygiene is created in Quebec.

1885: While not the only Canadian city to experience outbreaks of disease, Montreal sees the highest mortality rates from smallpox in North America in the 19th century.

The Rise of the Personal Vehicle

Personal motor vehicle use increases. Collisions increase, with backlash from concerned parents and citizens. The concept of “jaywalking” is born. Prior to the 1920s, city streets were considered public space where children played and pedestrians crossed wherever they liked. In the mid-1920s, as a result of automaker lobbying, laws were passed that restricted pedestrian movement.

Campaigns to protect rural environments take shape in Britain. Green belts and urban growth boundaries aim to control urban sprawl and protect agricultural land, forests, and natural, recreational spaces. Similar policies are adopted in the U.S. in the 1950s, in France in the 1960s, in South Africa in the 1970s, and in Canada and Australia in the 2000s.

Jane Jacobs and Jan Gehl focus on building ‘places for people’, where people can walk, enjoy each others’ company, and frequent local businesses. Their analysis and tools contribute to the field of Planning.

1964: The word "gentrification" is coined by Ruth Glass.

1968: The idea behind Montreal's "Ruelles vertes" is born among 5 architecture students.

In the 50s and 60s, planners were excited about new technology and "clean" suburbs.  By the 1970s, suburban sprawl begins in earnest in North America.  Unintentionally, this creates financial challenges: cities experience higher demands for services and infrastructure, while struggling to increase tax revenue.

Meanwhile in the Netherlands, over 500 child fatalities in one year moves citizens to protest. Combined with the pressures of oil shortages, Dutch cities shift towards designing cities for travelling on foot and by bike. Cycling is now the most commonly used transportation mode for 36% of the population.

Access to health, including a healthy environment, is acknowledged as a human right.

1984: Healing properties of garden views in hospitals are discovered by Roger Ullrich.

Vision Zero is approved by the Swedish Parliament. Fatalities decrease 30.7% 1980-2016, and Sweden  has the lowest rate of fatalities at 27/million inhabitants. The Vision Zero movement spreads across the world.

“Ruelles vertes” begins in Montreal, leading to a present-day total of 346 designated laneways,  for a total of 69 kilometres of these laneways.

1995: Journal of Health and Place established.

1996: “City Repair” group is born in Portland, in response to a fatal collision with a child.  They focus on what will become known as tactical urbanism. This leads to an “Intersection Repair Ordinance” in 2003, which invites residents to paint intersections and design public spaces on their four corners, with the support of the City of Portland.

1998: Healthy Cities initiative launched by the WHO.

The U.S.Centre for Disease Control focuses on the relationships between built environment and physical and mental health, and funds the Healthy Design Initiative.

2006: Diabetes identified as “global threat” by the UN

A boom of research, dissemination and action

2014: The Journal of Transport and Health is established.

2018: The Canadian Institute of Planners releases their Healthy Communities Policy.