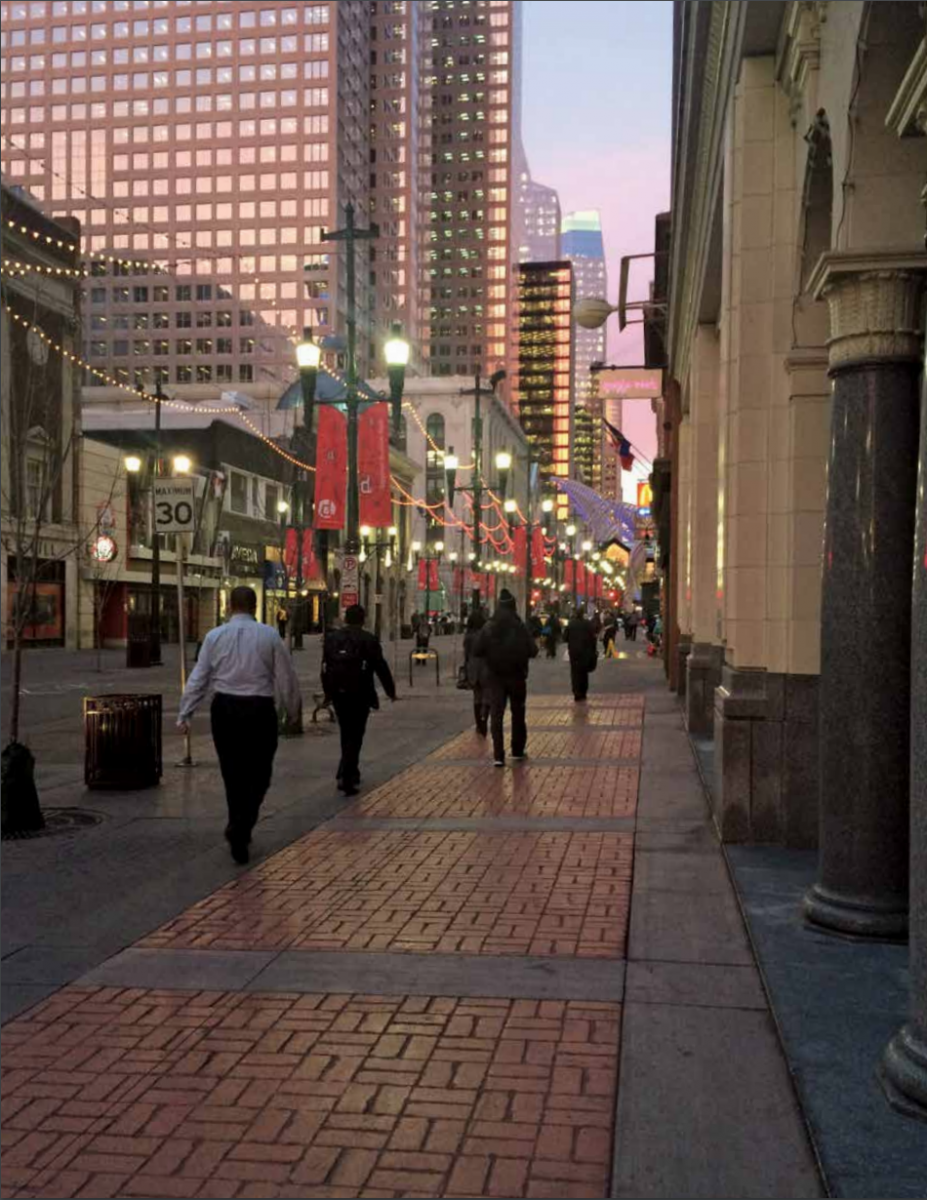 “Walkability allows people of all ages and physical abilities to experience a city and interact in a meaningful way” (City of Calgary, 2016, p. 3).

Calgary’s Step Forward Pedestrian Strategy was approved in 2016 as the first document to be developed that specifically focuses on how to satisfy the needs of pedestrians. Core to this work was the idea that “designing with walking in mind enhances quality of life by creating complete communities that do not require travelling great distances to meet one’s daily needs” (City of Calgary, 2016, p. 3).

The Pedestrian Strategy was built on the concerns and opportunities identified by community members. The most common concerns were safety, enjoyability and ease of use of the city’s walking network. Based on community feedback, the City of Calgary identified 49 key actions organized into 3 time frames – short, medium and long-term. Each action includes key partners critical to its success. Part of the success for this strategy was the knowledge that although “some of the budget requirements…seem significant…pedestrian infrastructure is generally more affordable than other transportation infrastructure. Because of the lower material costs, investment in pedestrian infrastructure results in more jobs per dollar spent than other forms of infrastructure, and they are typically planned and executed more quickly” (City of Calgary, 2016, p. 54).  This is demonstrated in a table outlining the costs of different types of infrastructure on page 54 of the Pedestrian Strategy.

The City of Calgary identified 6 areas to be monitored over time through measurable targets to be reached by the year 2025:

Calgary is currently working on the following actions:

Calgary - we like the simplicity of your evaluation scheme and your focus on measurable results!